EJ Wagenmakers started an interesting debate last night with a twitter poll on p-values. Some responses suggested you can multiply p-values from several tests to create a sort of cumulative p-value that is the joint probability of the null hypothesis.

First, I’ll write a simple function to generate two sets of n samples from a normal distribution with the same mean and SD, then return the p-value for a t-test.

I’ll run this simulation 10000 times with samples of n = 1000 to get a good distribution of p-values under the null hypothesis. The histogram shows that this is a unifrom distribution. 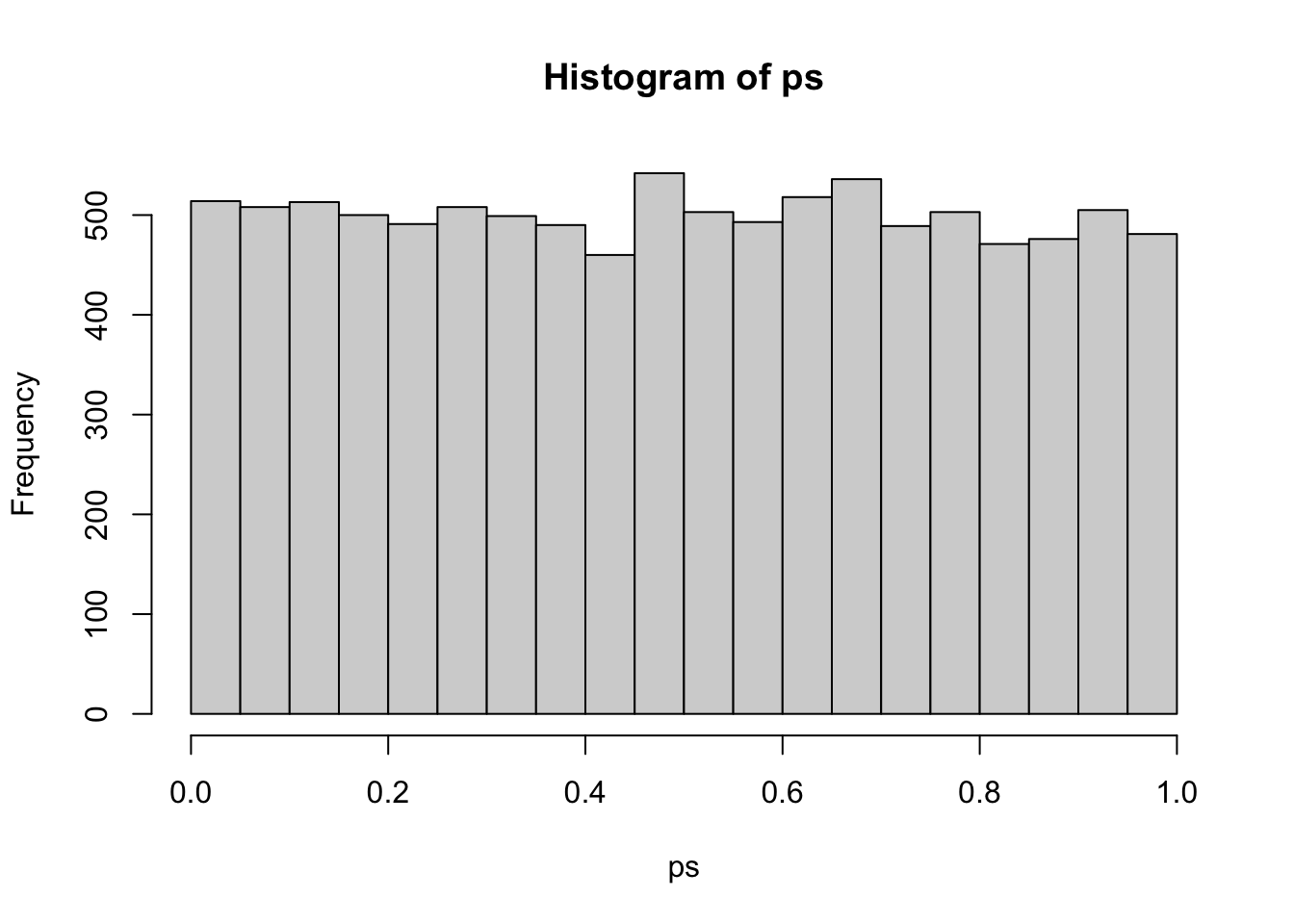 Then sample 1000 p-values from this distributions once, twice, thrice, and whatever the word is for four times. This should convince you that the cumulative p-value cannot provide the joint probability of the null hypothesis for multiple tests. 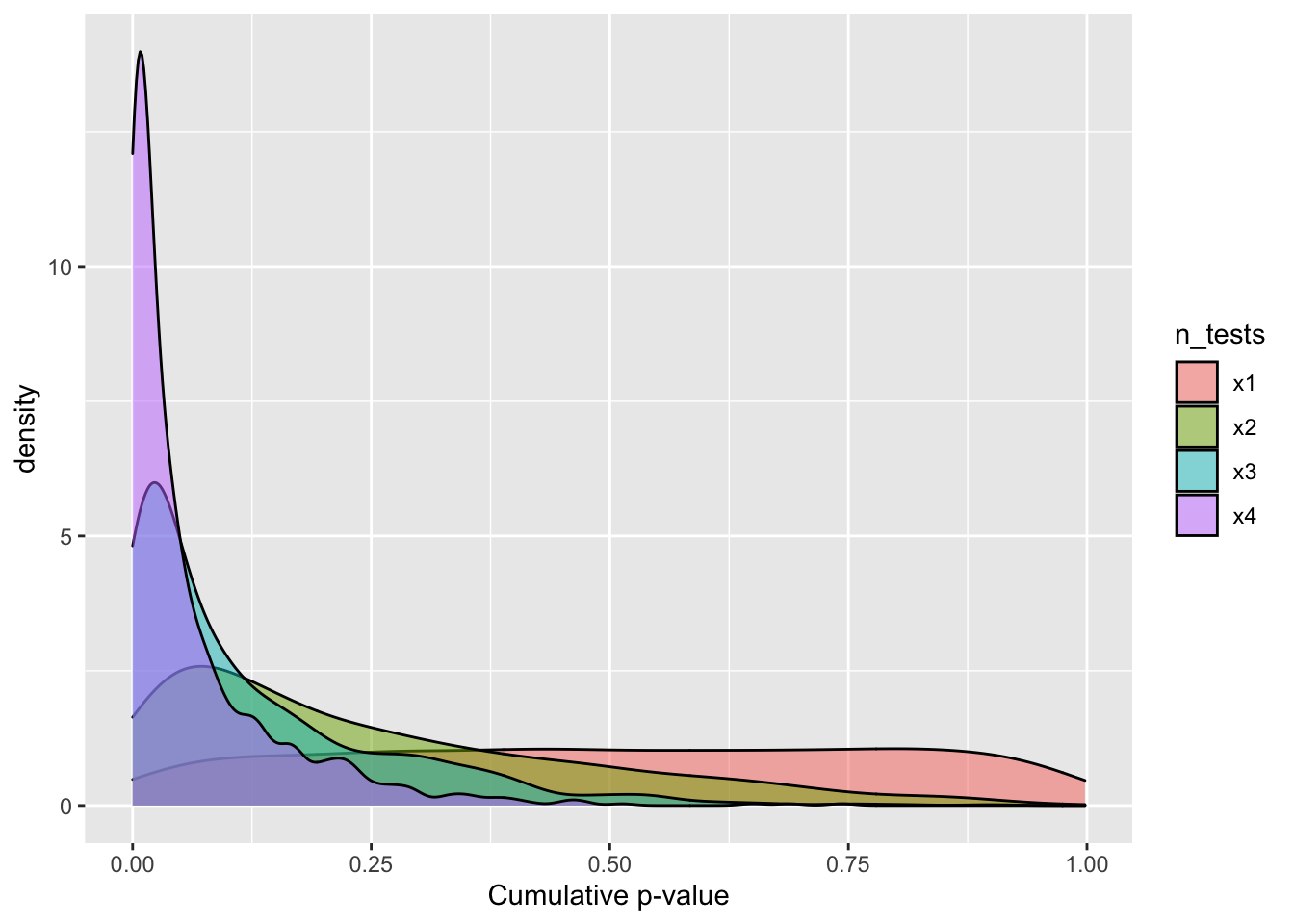