Shiny app for a face-rating example. 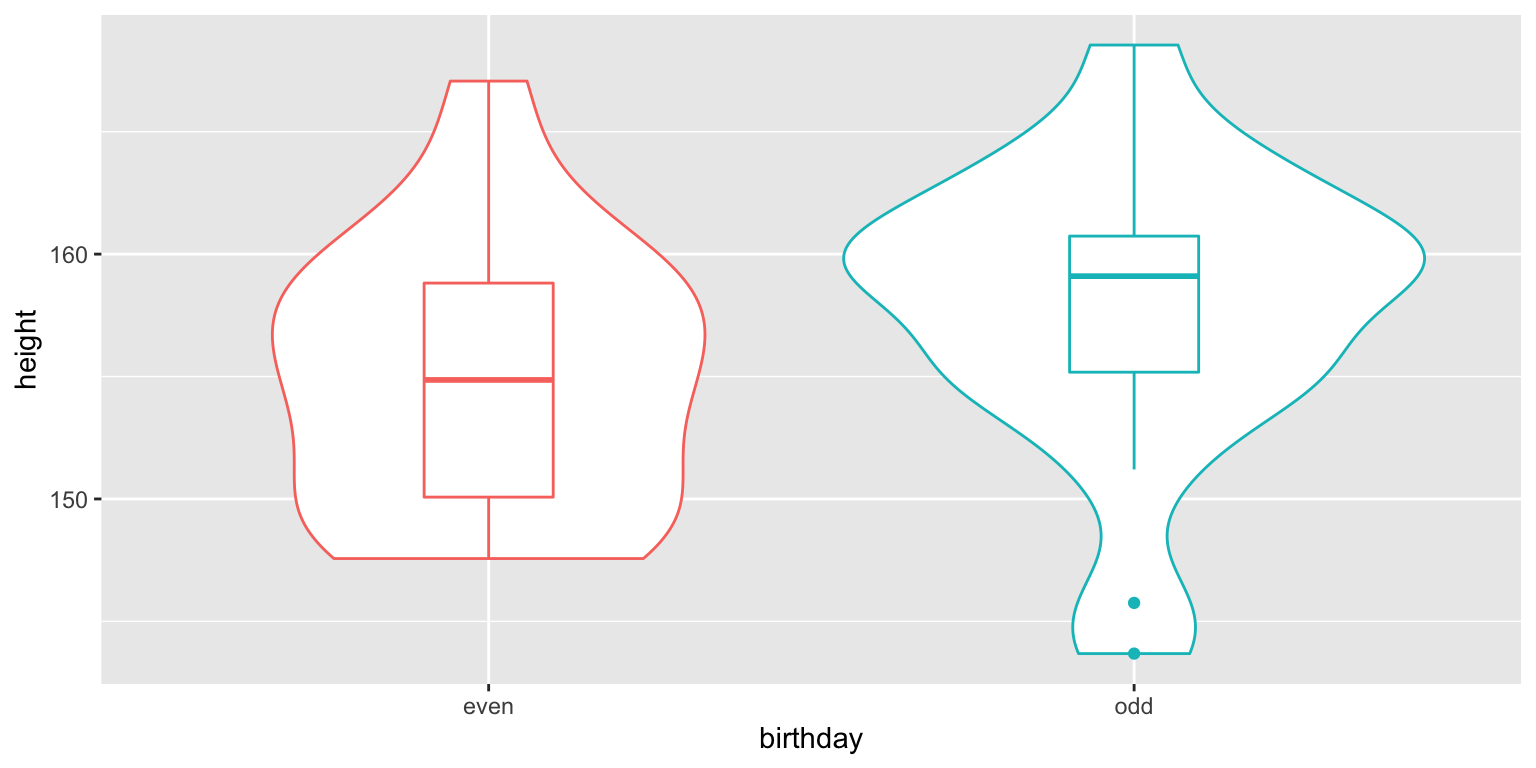 Obviously, the oddness of date of birth is not going to have any effect on women’s actual height and a two-sample t-test confirms this. However, there is a small difference between the means of the groups just due to chance (2.81 cm).

But what if we don’t measure height from each women once, but have a few different raters estimate it? The raters will each have their own bias, systematically overestimating or underestimating height on average. Let’s simulate 20 raters who have biases with an SD of 2 cm. 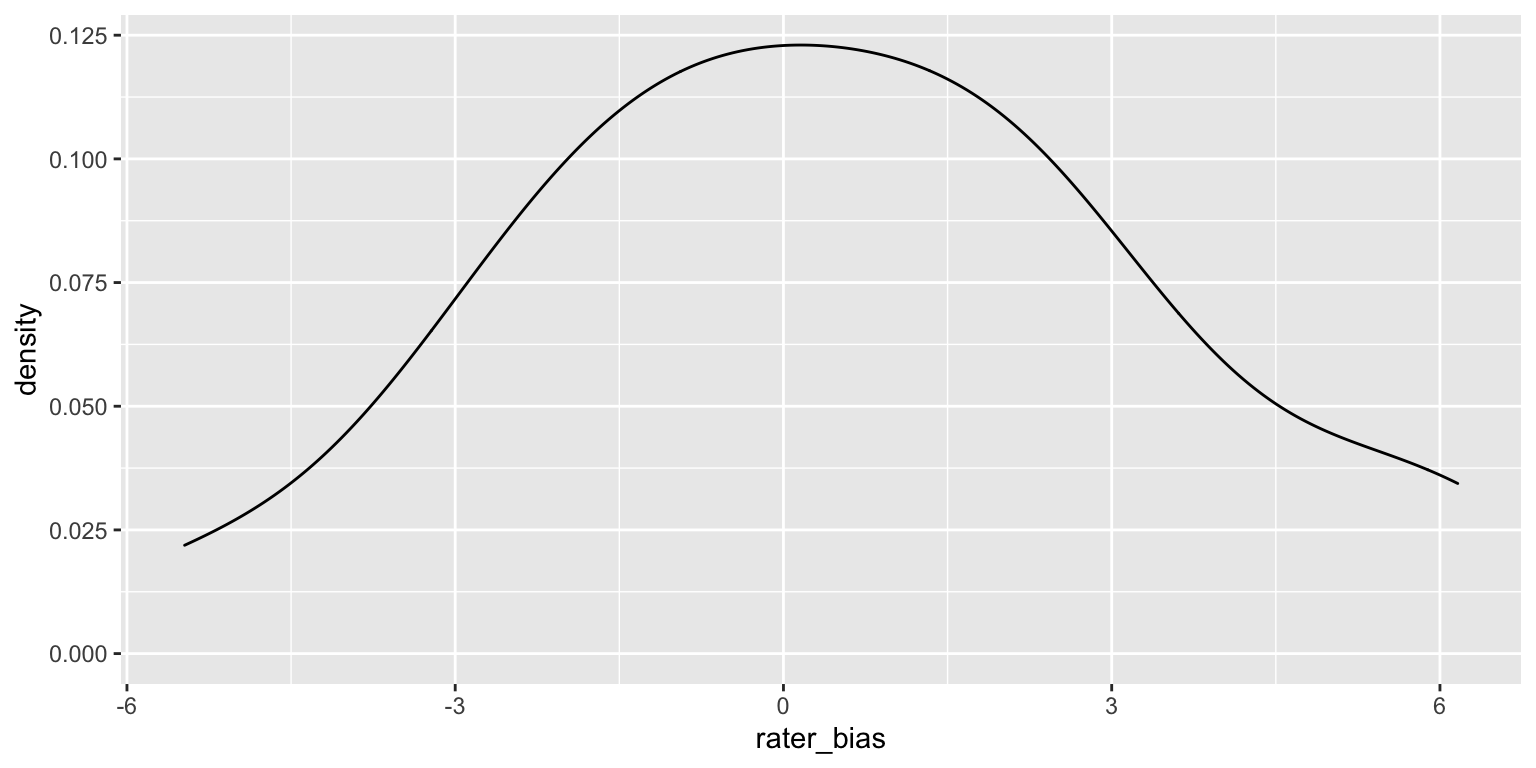 New we can get each rater to estimate the height of each woman. Their estimate is the woman’s actual height, plus the rater’s bias, plus some error (sampled from a normal distribution with a mean of 0 and an SD of 4 cm, since estimating height is hard).

You can aggregate by stimuli, that is, average the 20 raters’ estimate for each stimulus. You now have 40 mean estimates that are fairly well-correlated with the women’s actual heights. 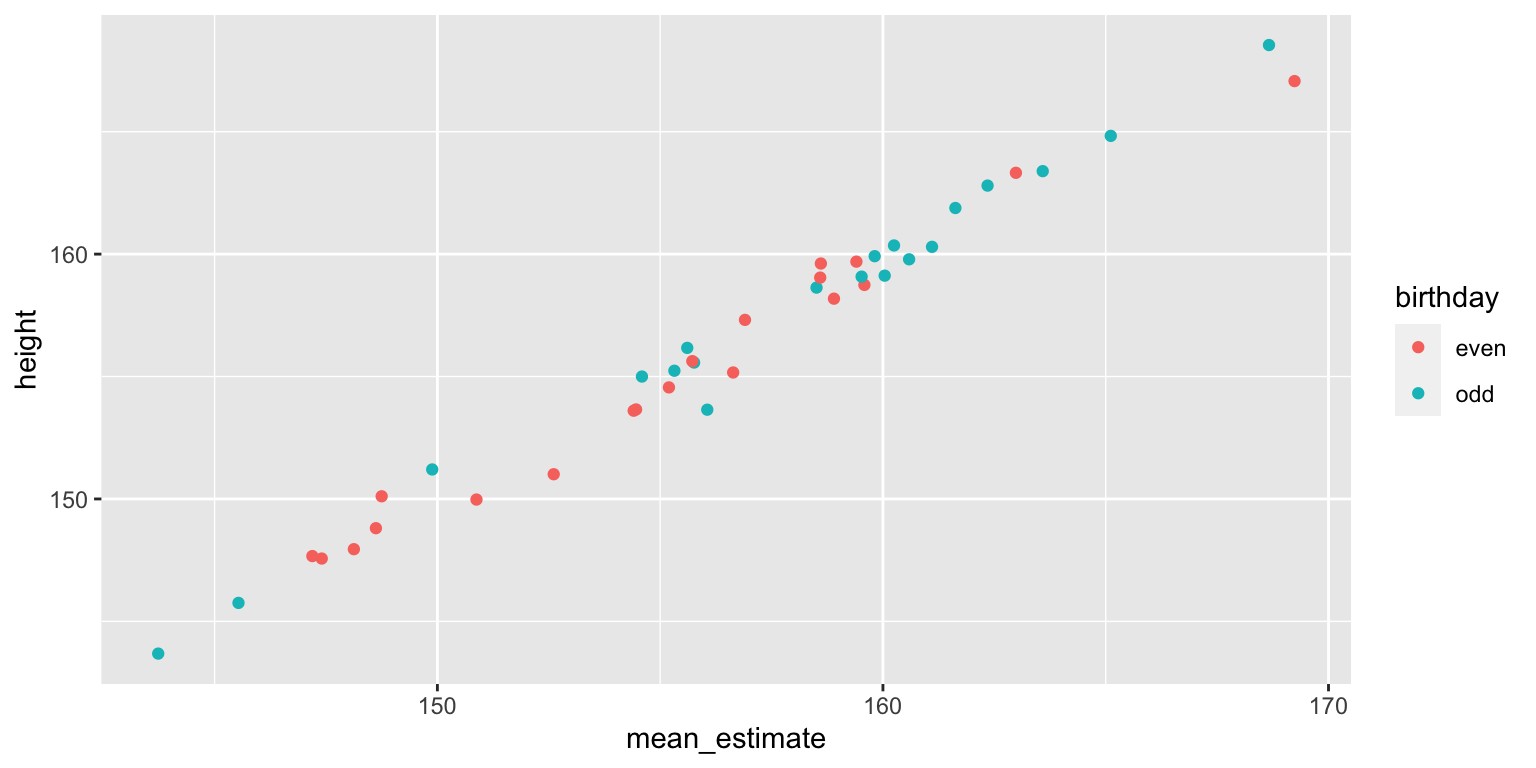 You get pretty much the same result when you compare these mean estimates between the groups of women with odd and even birthdays.

Alternatively, you can aggregate by raters, that is, average the 20 odd-group estimates and 20 even-group estimates for each rater. Now raters are your unit of analysis, so you’ve increased your power by having 20 raters and a within-subject design (each rater estimates heights for both odd- and even-birthday groups).

Now the difference between the odd- and even-birthday groups is highly significant! What’s going is that you now have a relatively accurate estimate of the chance mean difference between the 20 women in the odd-birthday group and the 20 women in the even-birthday group. Since raters are the unit of analysis, this effect is likely to generalise to the larger population of potential raters, but only when they are rating these exact stimuli. Your conclusions cannot generalise beyond the stimulus set used here.

While this seems like an obvious problem when the question is whether Armenian women with odd birthdays are taller or shorter than Armenian women with even birthdays, the problem is not so obvious for other questions, like whether boxers who won their last match have more masculine faces than boxers who lost their last match. The point of this tutorial isn’t to call out any particular studies (I’ve certainly done this wrong myself plenty of times in the past), but to illustrate the enormous problem with this method and to explain the solution.

The larger the number of raters, the larger this false positive problem becomes because you’re increasing power to detect the small chance diffference between the two groups. You can play around with how changing parameters changes the power and false positive rates for by-stimulus, by-rater, and mixed effect designs at this shiny app.

A mixed effects model avoids the problems of aggregation completely by modelling random variation for both the stimuli and raters, as well as random variation in the size of within-group effects.

I effect code the birthday variable to make interpretation of the effects easier).

Thanks to Liam Satchell, Alex Jones, and Ben Jones for the stimulating late-night Twitter discussion that prompted this blog post!

Plenty of papers have made this point much more thoroughly Wolsiefer, Westfall, and Judd (2017).