How you choose to code categorical variables changes how you can interpret the intercept and effects of those variables. My favourite tutorial on coding schemes explains things in detail. I’m just adding some concrete examples below.

Calculate the means and SDs of the female and male faces.

Always graph your data to confirm you simulated it correctly. 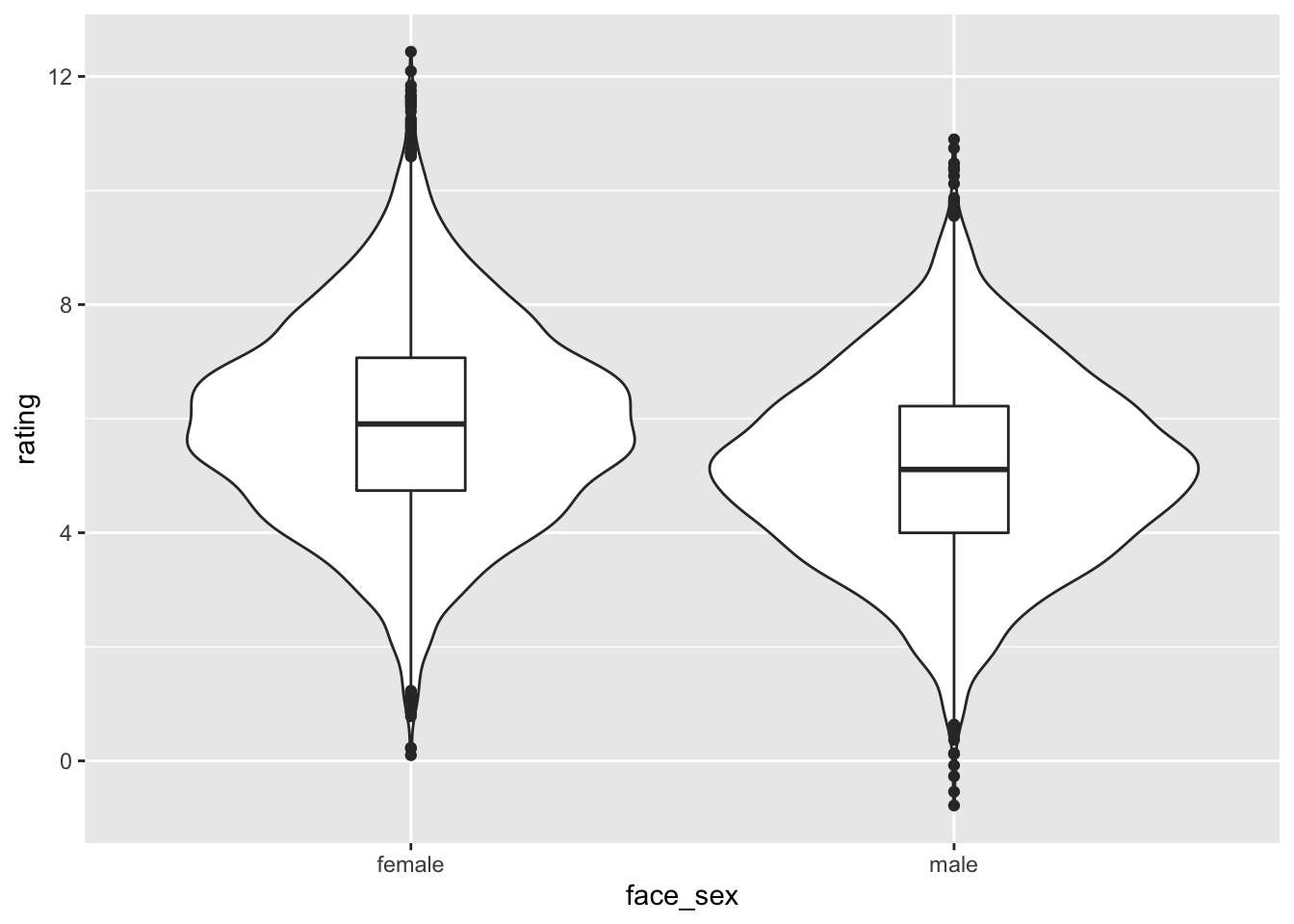 Now we analyse the data using each of the 4 styles of coding. I’m just going to show the table of fixed effects.

With effect coding, the intercept coefficient is the same as sum coding and the effect of face sex is how much the two face sexes differ from each other (i.e., 5.94 - 5.114 = 0.826). Note that this coefficient is double that from the sum coding.